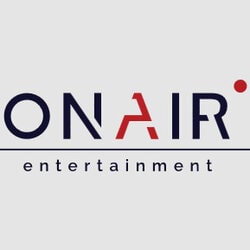 Microgaming has announced its plan to revitalize and shake up the live casino gaming industry with the launch of a new brand in 2022. On Air Entertainment will launch a suite of new games streamed from its studio in Latvia in the early part of next year.

Microgaming is one of the top-rated casino gaming companies in the world, but so far, it has not secured a place at the front of the pack when it comes to live casino gaming. To date, Evolution, Playtech, and Pragmatic Play have largely carved up the live gaming sector between them. Also, Microgaming does offer live dealer games, but they’re not on the same level as these leading firms.

Evolution’s recent acquisition of NetEnt cut back the number of real competitors in the field even further, leaving an opening for a prestigious brand like Microgaming to fill the void and provide some much-needed fresh competition to this rapidly-growing industry sector.

More About On Air Entertainment

On Air Entertainment will be headquartered in Malta, but its flagship studio will be in Riga, Latvia. This bustling city of just over 600,000 people is already home to several world-class live dealer studios. While the games will be streamed from Latvia, developers both there and in neighbouring Estonia will run things behind the scenes.

On Air’s Managing Director, Andres Rengifo, stated that they intend to be the leading global innovator once the games go live. With Microgaming’s existing reach, there’s no doubt that On Air Entertainment will have access to a large number of players as soon as they go live.

Why Now? What Is Microgaming Planning?

Why has Microgaming decided to launch a new brand focused on live games, and why now? These are interesting questions. While only Microgaming’s executives know for sure, we can speculate.

As previously mentioned, Evolution recently acquired NetEnt, taking one of its major competitors out of the market. While it will still operate NetEnt as a separate brand, it does consolidate Evolution’s power significantly, so this was likely the right time for Microgaming to make its move.

Another reason could be the rapid opening of legal US markets. States like Pennsylvania and Michigan have followed New Jersey in legalizing online casino games. There has been much action in this area over the past few years, and Microgaming has likely seen the opportunity to enter the world’s largest market with a fresh brand dedicated to live casino games.

Whatever its reasons, Microgaming’s launch of On Air Entertainment will be welcome in an industry that values innovation, competition, and fresh games. Will it live up to its promise to be the global leader? Time will tell, but if anyone can take on the giants that dominate this space already, it’s Microgaming.