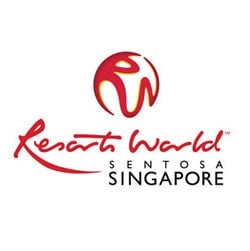 According to TodayOnline, the Resorts World Sentosa dealer pleaded guilty to having stolen chips at gaming tables ( Editor’s note: it’s not known whether it was at roulette, blackjack or baccarat tables). The dealer was charged with 13 counts and will spend some months in prison.

The dealer was employed in 2017 and the stealing of chips started in 2018. He took the chips without the table leader noticing. So over a period of 6 months, the dealer stole many S$ 1,000 chips ( worth about $726 each). These chips are for High roller players,who can bet a few of them in just one game. Baccarat is the most popular game in Singapore’s and Macau’s casinos. It is thought that this dealer worked at one of the many baccarat tables.

From the good life to prison

The dealer led a life of luxury after stealing the chips. One of his friends cashed in the stolen chips, the dealer couldn’t do this himself as it would have aroused suspicions. The police had a search warrant and so discovered the dealer’s life style. No less than 72 chips worth S$ 1,000 each along with S$3000 in cash were seized. Also a Breitling watch worth $4,000, a pair of Balenciaga shoes, Chanel earrings, a mini iPad and an iPhone were found.

In court he was ordered to repay all that he stole, sentenced to 10 months in prison and to pay a S$12 000 (€8,700) fine. The accused’s solicitor tried to defend his client by saying that he was stressed and was trying to make more money to help his family in China. This defence didn’t convince the judges, who sent him to prison to think about what he had done.