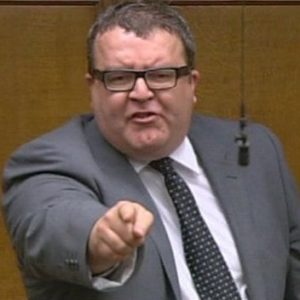 Online gaming sites in particular English sports betting sites are not at all impressed by a statement concerning them from MP Tom Watson. He wants to ban online gaming sites from football pitches. He has gone so far as to compare them to tobacco companies. British sports betting operators also offer online casino games and poker and don’t accept the fact that the Labour MP wants them to disappear from the Premier League. Live Dealer Casino brings you more on this subject which is buzzing on the British web and also more about the verbal jousting bteween Tom Watson and the British online gaming sites.

For Tom Watson, bookmakers have no place on football pitches

Labour MP Tom Watson has got the whole British online gaming industry’s back up following his statements about banning sports betting sites from football pitches. Out of the 20 Premier League clubs, 9 sponsors are websites linked to online gaming in particular sports betting. One only has to look at the British football championship matches to understand the importance of online gaming. Jerseys bear the logo of sports betting sites such as Betway, SportPesa, ManBetX, Fun88, M88 (Mansion), Bet365, LeTou, Dafabet and Ope Sports. Also, out of the 92 Football League clubs, 25 are sponsored by gambling companies.

The Labour MP wants to give these online gaming operators the red card. According to him they have no place on or around football pitches. He not only wants to remove these online gaming sites from players’ jerseys but also from advertisements around the pitches. Tom Watson has gone so far as to say that these sponsors have no place in the Premier League just like the tobacco industry.

It’s not just by chance that one sees clubs pay out huge sums for football stars. The past few weeks have been marked by events in this lively market: Neymar and Mbappe have joined PSG for respectively 222 million and 180 million euros. Ousmane Dembele left for FC Barcelona for the sum of 105 million euros. And Pogba’s transfer for 105 million euros, which at the time was the highest transfer figure of all time, has been easily beaten to say the least! The world of football generates billions and TV rights are increasing yearly. Which all goes to show that British club sponsors are showcases not just in Britain but all over the world. The same goes for French, Italian, German, Spanish and other countries’ clubs.

Sports betting sites invest millions to have their logo on players’ jerseys and to attract players as much as possible and by doing so they earn a lot of money. Elementary, my dear Watson!