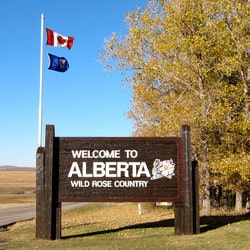 The province of Alberta is very discreetly preparing to launch a legal framework for online cash games on its territory.  With the help of the Alberta Gaming, Liquor and Cannabis Commission  (AGLCC) , the province in in the process of recruting a technical partner to develop an internet and mobile online cash gaming platform.

If this takes place, Alberta will become the 9th Canadian province to pass legislation specifically for the sector.

Tenders for an online gaming site

What drew the attention of observers of the sector was that the province put to tender the creation of what could become the first online cash games website authorised on its territory. Candidates have until the 28th of February to apply.  After this the  Alberta Gaming, Liquor and Cannabis Commission will review the tenders and make its decision next summer.

This procedure is fairly common in Canada. Before Alberta, eight out of the ten other provinces in the country already proceeded in a similar manner and now offer their residents various online cash games services through their lottery company or their cash games commission. If it all goes to plan, the province of Saskatchewan will be the only one without a similar set up for online players.

Range of games not yet decided

At the present time it’s difficult to say which games will be on offer and accessible by online players in Alberta. Nothing has been specified. Also, up to now the other provinces have their own systems.  From one province to another, the availability and restrictions vary greatly. For example, in British colombia igamers have access to a complete range including online casino games in Canada, poker and the instant lottery through the PlayNow.com site from BC Lottery Corps, the company in charge of lotteries and cash games in British Colombia. On the other hand, players in the Atlantic provinces ( New Brunswick, Prince Edward Island, Newfoundland and Labrador and Nova Scotia) only have access to a basic offer of  online lottery tickets through the Atlantic Lottery’s site.

The authorities in the province have let it be known that it’s not a question of encouraging cash games among the population of Alberta. It’s more a question of offering them a secure setting with all the safety devices and information necessary to greatly reduce the risks associated with playing cash games. It’s not yet known if the province, like others, will try to restrict access to illegal platforms once its own is launched although this is very unlikely. A recent similar attempt by the province of Quebec was deemed anti-constitutional. Another area  where Alberta will probably follow others  is sports betting on one game, which is forbidden by Canadian federal law.