More information on casinos in Japan 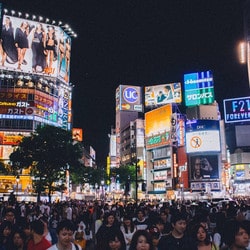 However, we now know a little more about the casinos that will be built during 2020 and be operational in 2024. The terms and conditions are very strict and operators such as Las Vegas Sands, MGM Resort or The Societe des Bains de Mer Monaco have shown interest in owning a casino in Japan. There has been a lot of interest in legally offering casino games in Japan but there won’t be enough space for everyone.

Live Dealers Casino brings you more on the first measures released on casinos in Japan.

The first casinos to open in Japan will be located only in large cities with airports or ports. This is to attract tourists from all over the world in particular cruise operators who can bring thousands of people with each landing. Osaka is one of the three cities to have a casino. Tourists will be able to arrive by air or by sea. Only the cities that will have a casino will be allowed to advertise Japanese casinos and only within certain guidelines. Casino advertisements will only be permitted in airports and ports. In city centres or other places, advertisements will be forbidden so as not to encourage Japanese citizens to gamble and also to fight addiction to gambling.

Japan plans to build large scale casinos. The hotels should be more than 100 000 square metres with rooms of 50 square metres. So, the hotels should have more than 2000 rooms with suites for the wealthier clients. These are much larger than current hotels in Japan which have a maximum of 1500 rooms. The conditions for future casinos in Japan state that there must be large conference rooms to hold a minimum of 3000 people in an exhibition centre of 60 000 square metres. So, the few legal casinos in Japan will be every bit as good as those in Las Vegas and Macau.

The area dedicated to casino games is not to surpass 3% of the casino’s total surface area. The range of slot machines, roulette, baccarat, blackjack, craps and sic bo tables should attract millions of tourists and Japanese players. Moreover, casinos are obliged to inform the Japanese authorities whenever there is a cash transaction of 9080 or more dollars.

Casinos in Japan will bring in billions of dollars in annual revenue. They should quickly rise to second place in world gaming. So, the Japanese casinos will probably outshadow the casinos in Macau and Singapore. We need to wait to know exactly which cities besides Osaka might host casinos. It will take a few years to know the list order of international gaming capitals. According to our forecast, we imagine a list such as Macau, Japan, Las Vegas and Singapore. To be continued…