5Dimes no longer part of the Equity Poker Network 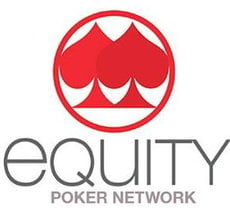 5Dimes one of the main bookmakers in Costa Rica has been part of the gaming industry for the past 16 years. 5Dimes offers players many types of online games along with sports betting including poker and operates the online casino 5Dimes Casino. In 2013 when the new poker network Equity Poker Network was set up 5Dimes was one of the poker sites to join the poker network that is run differently to others. However 5Dimes and the Equity Poker Network have recently decided to part company.

A new type of poker network

Equity Poker Network recently issued a statement on the fact that 5Dimes was leaving the network, “We bid farewell to 5Dimes on good terms, and we wish them continued growth for the future”. Neither 5Dimes nor the Equity Poker Network gave details about the parting of ways but the Equity Poker Network did say that “The time is right for 5Dimes to move on, and both parties have mutually agreed to go their separate ways.” The network also claimed that initially it needed to attract well-known online gaming operators but now that the network is developing it is rethinking some of these early partnerships.

5Dimes Casino holds a licence from the Costa Rica gaming regulators. The 5Dimes Casino offers all the traditional casino games and its casino runs on RTG while the live casino runs on Visionary iGaming and Global Gaming Labs software. 5Dimes offers players exceptional gaming in a choice of two live casinos. In its Vegas Live Dealer casino which is streamed live from the developer Visionary iGaming’s studio in Costa Rica players can play roulette, Punto Banco and blackjack. 5Dimes’ other live casino, HD Live is streamed from Global Gaming Labs’ casino studio also in Costa Rica. Live roulette, blackjack and Punto Banco are on offer. In 5Dimes Casino players from all over the world including the United States are welcome.