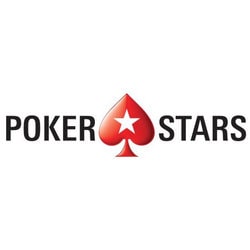 Months go by and look a little like in the online gaming industry in the Netherlands. While the launching of the new regulation is approaching fast, the KSA, the local regulator, is increasing penalties against operators who do not respect the laws and regulations currently in force.

The last operator fined by the Dutch authority is Pokerstars, the global giant of online poker.

Like most international operators who have been recently fined by Kansspelautoriteit, Pokerstars and its head office, The Stars Group (TSG), were fined for not complying with the rules imposed by local law regarding Dutch players.

A survey conducted by the regulatory authority over the period of the second half of 2018 revealed that the Pokerstars.eu site allowed players residing in the Netherlands to play on its platform, despite the clearly imposed ban imposed by the current regulations

According to the law currently in force, it is strictly forbidden for operators who do not hold a local license to accept Dutch players on their platforms. The investigation revealed that Dutch IP addresses were not automatically blocked as should have been the case. Worse, Pokerstars.eu also offered the payment processor iDeal among its payment solutions and offered a customer service in Dutch.

The Netherlands were not explicitly mentioned in the list of countries banned from accessing the site. The KSA also noted the presence on the poker site of logos and links leading to Dutch programs to support problematic gamblers. Which in the eyes of the regulator is a new irrefutable proof that the site illegally accepted Dutch players.

In total, over 33,000 accounts from players residing in the Netherlands and over 225,000 transactions via iDeal were recorded for a mere 6 weeks in the summer of 2018.

In response to warnings from the KSA, last January Pokerstars removed iDeal from its list of payment solutions and removed Dutch from the languages used on its platform. But that probably did not solve the problem. TSG was fined € 400,000.

This penalty is particularly bad for the operator, only a few months before the official opening of a new gambling market in the Netherlands. Indeed, the Dutch government suggested the KSA to apply “freezing periods” which would thus prevent operators sanctioned by the regulator from requesting the first licenses, which application files will be received from the July 1st, 2020.

Hard blow for Pokerstars which may become a pawn in the hands of its main competitors.   But the online poker giant has already announced its willingness to appeal the sanctions that have been inflicted. It remains to be seen if such an approach can change things. Nothing is less sure…