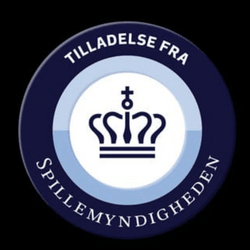 European iGaming regulators have consistently shown that they’re not afraid to take on the biggest names in the business when they break the rules.

This month, the Danish gambling authority warned MrGreen that it had breached its money laundering regulations by not checking the source of funds of a certain player.

Mr Green is owned by William Hill and has licences from several regulators. This particular case involves a run-in with Spillemyndigheden; the Danish iGaming regulator.

The regulator has strict rules about verifying the source of player funds, and it claims that MrGreen broke these rules when it failed to check where a player got $53,642, which he or she had deposited in a single year.

According to Spillemyndigheden, the player was of a young age, and it was unlikely they would have access to these sorts of funds. It claims that Mr Green did not check at any point where the funds were coming from.

Mr Green claims that it did check up on the punter by searching for them online, finding out where they worked and assessing their earnings. This was not enough to satisfy the regulator. They say Mr Green should have taken extra steps to verify the course of funds with greater certainty. Furthermore, the regulator claims it did its own online search and found that the player’s details did not lead it to believe they could afford these wagers.

While this particular offence saw Mr Green get off with a warning, Spillemyndigheden emphasised that repeat offenders would be sanctioned and could even run afoul of the law.

Danish iGaming regulator: The importance of AML/KYC in online gaming

It’s important to remember why anti-money laundering and know your customer laws exist in Denmark and other regulated iGaming markets. There are several good reasons for them.

First, these laws protect players. Underage and vulnerable players should not be playing live casino games or gambling online in any form.

Second, it’s important to make sure the funds are not coming from a  criminal source. Some gangs use fake identities or even real people to launder funds for them at online casinos. If they can show a win, they can show a legitimate way they got the money and can spend it. This makes their criminal lives easier.

Last but not least, it keeps the industry clean, safe, and legitimate. The less harm online gambling does, the more it will be accepted by society as a pastime rather than a socially corrosive vice. It’s good for everyone if everyone plays by the rules.