Cheating at Blackjack in the Mohegan Sun Casino Connecticut 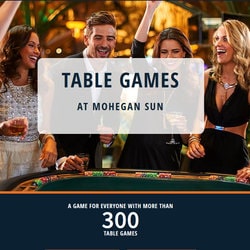 It’s quite easy to win at blackjack by just mastering the basic strategy and a system for counting the cards. Although this seems to be too difficult for some players who prefer to put in place  a system of cheating and sometimes they’re caught out by the police.

This happened recently in the American State of Connecticut.  At the moment, two players along with three dealers are accused of fraud in the Mohegan Sun Casino & Resort. Over the year of 2018, they fraudently acquired $100,000 in blackjack games.

To carry out their dishonest plans, the five accused used different methods. Sometimes the dealers paid out winnings to the players for hands that were either above 21 or equal to it.

In the same way, they allowed the players add chips to their bets even when the outcome of the game was already known.

On Monday 9th of March 2020, three members of the gang were brought before the court: a player Victor Jesus Garcia (36 years old) from Yonkers, New York State and the former dealers Darius J. Rook (22 years old) from Norwich and Aneesah Ahmad (24 years old) from Montville.

All three have been accused of robbery in the first degree and cheating. All three have pleaded not guilty in their court case that has just begun. Another player Anthony Donofrio (27 years old) and another dealer Winfred Dixon (21 years old) were also involved in the fraud but haven’t yet been arrested by the police.

The investigation began on the 18th of May. The casino securtiy service discovered suspect payouts  during a game of blackjack between the player Victor Jesus Garcia and the dealer Wilfred Dixon. As the investigation continued, it was discovered that the cheating was on a wider scale and that others were also involved.

Situated in the town of Uncasville in Connecticut, the Mohegan Sun Casino includes a hotel with a pool, spa and a golf course. There are also many bars and restaurants, a shopping mall, a theatre and a discotheque. There is of course a sports betting area and a casino with more than 5000 slot machines. There are also about 300 traditional gaming tables including craps, baccarat, blackjack and roulette among others.

The Mohegan Sun Casino also has an immense poker room with more than thirty tables.