Stakelogic appoints Richard Walker as its Head of Live Casino 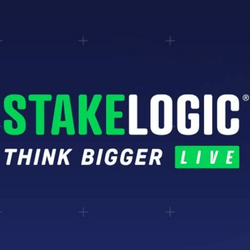 Stakelogic live has added Richard Walker as its head of live casino. The 25-year industry veteran says he is thrilled to join the firm and help it strengthen its live casino presence.

Stakelogic currently offers a suite of live casino table games, including roulette and blackjack as well as slots and other digital games.

Who is Richard Walker?

Richard Walker is an iGaming industry veteran with a quarter-century of experience under his belt. He has previously held roles at Evolution, Rank Group, Pragmatic Play, and Caesars Entertainment, so his name carries weight, and his connections span across the industry.

Adding such a figure as head of live casino will certainly boost Stakelogic’s profile and help them strengthen their existing games as well as innovate and compete for new markets.

It’s understood that Mr. Walker will be responsible for content, products, studios, and operations at the company. He’ll be working with Stakelogic’s existing team, including Sanita Gabriel and Anthony Sammut.

Mr. Walker stated that he was looking forward to the challenge of disrupting the live casino vertical. He noted that while Stakelogic is a relatively new entrant to live casino gaming, its aim is nothing short of being the best.

With established titans like Evolution and Playtech dominating the sector, Stakelogic has its work cut out for it. If anyone can help them achieve their stated aims, Richard Walker is the man to do it.

Stakelogic is growing rapidly despite late entry to live casino

The appointment of Richard Walker isn’t the only recent news related to Stakelogic. Just a few months ago, the operator received its Malta Gaming Authority license. This will allow it to operate in new markets such as The Netherlands which only recently regulated its iGaming market.

As well as this, Stakelogic opened a new live gaming studio in Birkirkara, Malta in 2021. The Mediterranean nation is Europe’s iGaming hub and is home to some of the most innovative game creators in the industry.

With rivals like Evolution, which already dominates most legal, regulated markets, Stakelogic will have to be on its A-game to compete. However, with the hunger for quality live dealer games only growing, now is the time to attempt to carve out a reputation or niche.

At the time of writing, Stakelogic offers American Blackjack, European Roulette, and Auto Roulette. The former games are played with real dealers while the latter is operated via a mechanical roulette wheel.