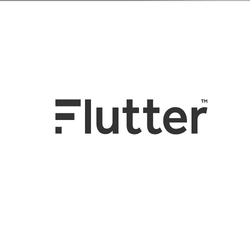 The coronavirus COVID-19 has had a significant impact on land-based gambling and sports betting; however, UK-licenced online casinos and poker sites have witnessed a spike in activity.

This has helped some of the largest online companies increase their revenues during this world health crisis.

Flutter Entertainment is the latest name to reveal solid revenue growth after it announced a 16% year-on-year increase for the first quarter of 2020 to £547m.

Let’s go to the (online) casino

Flutter, which operates mega-brands, including Paddy Power and Betfair, naturally took a hit as sporting events around the globe were cancelled. Prior to this, the company’s revenue was up nearly 30%. However, with the suspension of UK and Irish horse racing, and the temporary closure of Paddy Power’s retail betting shops, the quarterly figures dipped.

Given the circumstances, to still report a double-digit increase will be pleasing for Flutter Entertainment and its shareholders. Part of the lost sports betting revenue has been offset by more players using both Betfair’s and Paddy Power’s online casino and poker products.

It remains to be seen if Flutter, and other gambling companies, will fare so well in the second and third quarters of 2020, but the signs are positive for the time being.

The Stars Group acquisition is still on track

The company also announced that Flutter Entertainment’s acquisition (majority merger) of Canadian-based The Stars Group has been officially approved by the Irish Competition and Consumer Protection Commission. It’s now expected that the deal should be signed and sealed at some point during Q2, pending regulatory and shareholder approvals.

With The Stars Group owning Sky Betting and Gaming, which consists of Sky Casino, Sky Vegas, and Sky Poker, among others, Flutter Entertainment will control three of the top seven gambling brands in the UK. This is in addition to global sites like PokerStars and Full Tilt Poker.

Speaking recently, Peter Jackson, the CEO of Flutter Entertainment said: “Following the widespread cancellation of sporting events, group revenues have been more resilient than we initially expected, helped by the continuation of horse racing in Australia and the US. During this unprecedented time, we are keenly aware of our heightened responsibility to ensure we do all we can to promote responsible gambling.”

He continued, “While the current disruption is truly exceptional, it underlines the importance of product and geographic diversification. As such, the strategic logic of our combination with The Stars Group remains compelling.”