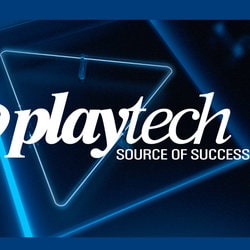 It stated that the growth in revenue was driven by its online casino gaming operations and its trading platform TradeTech.

Clearly, the shutdown of land-based casinos across Britain and Europe is benefiting online operators who are in a position to offer roulette, blackjack, and other table and card games online.

Playtech also took some sensible business decisions such as salary cuts, renegotiated payments, and the suspension of dividend payments as fears of a financial crisis set in.

Playtech is one of the market leaders with regards to live dealer gaming. It’s largest live games studio, located in Riga, Latvia, remained open throughout the lockdowns, drawing in card and table game players who would otherwise have played at land casinos.

This studio remained open despite the fact that the Latvian government placed a temporary ban on online gambling in early April.

It’s also understood that Playtech was able to take on traffic for another live games provider based in Asia. This operator was forced to shut down during a government lockdown, making Playtech the beneficiary of £7 Million extra during the month of April.

However, this is a temporary contract and is expected to drop to 6 Million and eventually phase out as the Asian operator resumes business.

Last month, we reported that Playtech is now the market leader in Spain for live dealer gaming and that it has ambitious plans to rival market leaders elsewhere. It is also now officially the largest live gaming supplier in Europe and Asia.

Indeed, Playtech’s ambitions in this sector are reflected in its growing catalog of live dealer games. As well as classic roulette, blackjack, baccarat, poker, sic bo, and other table games, it has a number of signature novelty variants such as Quantum Roulette which are increasingly popular with players. Playtech’s live games can be found in top UK online casinos such as Bet365, Ladbrokes, and SkyBet.

Clearly, Playtech is going from strength to strength, and even amidst a global economic downturn, it has managed to shine. In the coming years, expect to see more novelty live games to rival those offered by Evolution Gaming, such as Dream Catcher, Monopoly Roulette, and Deal or No Deal.

For now, you can play these games at Mr Green, but expect Playtech casinos to quickly close the gap as this iGaming powerhouse aims to grow its live gaming revenue in the coming years.