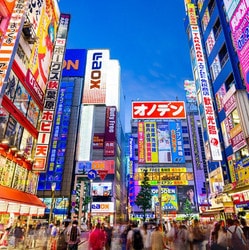 Although the casino games market in Japan is only in the initial stages, we already know a little more about the first rules that will regulate casinos in Japan and they probably won’t please everyone. According to first indications, casino operators who obtain a licence will be subject to a particularly constraining fiscal regime.

Reported by Jiji, a local press agency, the news quickly spread and caused surprise among international operators who are planning to move in to the country in the near future. According to the media and sources close to the government, the Liberal Democrat Party now in power, is to put to a vote, in line with laws regulating casino activity, a fiscal plan with fairly high tax rates.

An aid to the setting up of casinos

For the Japanese government, such a rate of taxation would ensure regular gathering of the finance necessary for carrying out and following up programmes aimed at lessening the negative impacts linked to cash games. It’s a way for the party in power to gain the public’s confidence, a large part of which is still wary of the potential negative effects of casinos.

However such a step represents quite a risk: that of discouraging the large casino groups. A base of 30% on gaming income is much higher than the 7.5% in place in Nevada. Although this rate of taxation is lower than the 39% paid by operators in Macau.

Along with the fiscal measures outlined above, the Japanese government has already dealt with some other key aspects of the regulation of casino activity in the country. It has been claimed that the Japanese authorities want to limit the size of the total areas dedicated to casino games to 3% of the total area of the buildings to be constructed, with a maximum of 15 000 square metres. As regards access to any future casinos, Japanese players won’t be able to visit them more than 3 times a week and not more than 10 times over a 28 day period. They won’t be able to play on credit and will have to pay an entry charge.

Many measures that are far from being acceptable to all but which already clearly outline the face the Japanese government wants to present for its future local cash gaming industry.