The Genting Singapore Group suitable to open a casino in Osaka 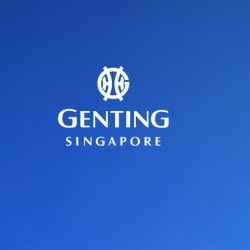 Proceedings to the launching of activities of the new casino gaming industry in Japan are underway and things are getting clearer.

Osaka, one of the main cities in the country which clearly aims to host one of the first casino complexes that will be built in the country already receives the first tenders from operators.
These tenders include the ones from the Genting Singapore Group, one of Asia’s major groups.

A major player in the entertainment, tourism and casino industry in Asia, the Genting Singapore Group owns the Resort World Sentosa (RWS), one of the world’s most prestigious casino resorts. Open since 2010 on Sentosa Island, this U$ 5 billion resort is one of the major gaming destinations for casino games lovers, as well as for tourists from all over the world who come to discover and enjoy the different attractions offered in this unique place.

This project is similar to the one the Singaporean casino group wishes to develop in the city of Osaka. But the tender has to be chosen by the city and by the Japanese government. The Genting Singapore Group will have to offer a more attractive project than the one from its two competitors.

The Galaxy Entertainment Group and the MGM Resorts International Group have also been approached by the Osaka City Hall for the same project. It is therefore a tough competition, since the two competitors are also very active in the region.

Another competition in the background

On the sidelines of this restricted consultation, an even bigger competition takes place among major Japanese municipalities. In its casino groups’ expansion program, the Japanese government has imposed a first test phase during which three casinos will be built. For this first phase, the hosting cities still have to be selected.

And the competition is tough. Besides the city of Osaka, other major cities such as Tokyo, Nagasaki, Wakayama and Yokohama are in the running. The second major city and port in the country, Yokohama is on the track to host one of the first casinos in the country.

So far resisting the casino games, Japan has finally decided to authorize and regulate the gaming industry. In December 2016, the Japanese Parliament adopted the roadmap set by the Prime Minister Shinzo Abe for the construction of casino complexes in Japan.

Businessmen largely embraced this idea and several casinos groups immediately expressed a strong interest in this new market. This is particularly the case of the Las Vegas Sands Group, from the billionaire Sheldon Adelson who said he was ready to invest U$ 10 billion for the construction of last generation casino complexes in the country.