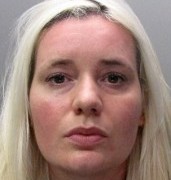 Lisa Harrison who worked as a wedding planner used money meant to pay for dream weddings to feed what she refers to as a “debilitating addiction”. The 34 year old wedding planner stole her clients’ money to the tune of just over £80 000 and spent almost all of it on online gambling sites including William Hill Casino and Paddy Power. Lisa Harrison was recently sentenced to two years in prison.

Her company iPlan New York specifically offered weddings in New York and promised clients a complete package for their dream wedding in such an exciting city. However 19 couples who entrusted their wedding plans to Lisa Harrison have lost everything. The company’s website no longer exists and its Facebook page has also been taken off the internet. Harrison managed to attract couples with offers of flight upgrades and also special exchange rates for American dollars. It is claimed she told one couple that she had a special currency card to encourage them to give her their New York spending money in advance of their trip.

One of the people defrauded by Lisa Harrison posted what is claimed to be an email that Harrison sent to her clients to tell them that she had to close down the wedding planning business. In the email Lisa Harrison says that she is very ill and suffering from a “debilitating illness” that has forced her to seek help after she lost all of the company’s money to a “gambling addiction”. She gave her clients details of which police division they should go to to inform them of their financial loss. She apologised for having lost not only their money but for having “betrayed your trust as a wedding planner.”

Gambling addiction often at the root of fraud

The authorities that regulate gambling in most countries place great emphasis on protection of young and vulnerable people who could fall victim to the negative effects of gambling. There are mechanisms in place on regulated and licensed online gambling websites that allow those who realise that they have a gambling problem to “block” themselves from certain sites. Many, like Lisa Harrison use money they have acquired fraudulently to try to recoup their losses and they only become further caught up in a spiral of debt. Lisa Harrison admits that she was “in denial” and that as happens with addictions, she “thought I had everything under control.” In a similar case in the United Kingdom recently, an ex-banker, ex-magistrate and former church trustee conned his friends and fellow church goers out of over 5 million pounds when he encouraged them to invest in his scheme so he could fund his addiction to gambling. He is now serving a six year prison sentence. Lisa Harrison, who was arrested last December after she gave herself in to police, has been sentenced to two years in jail.