Heading towards a future sale of the Tropicana Casino Las Vegas ? 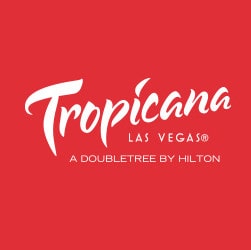 Opened in spring 1957, the Tropicana is a mythical hotel-casino that reigns over the Strip next to the MGM Grand. It’s colourful history has been marked by its links to the Mafia and by multiple changes of owner.

Currently, the prestigious complex is owned by the Penn National Gaming group. Recently, it announced a few times that it had several propositions concerning the sale of the Tropicana. It has just received a new very serious offer.

This definitely isn’t the first time that Jay Snowden, president and director general of the Penn National Gaming group has announced that he has obtained different offers to buy the Tropicana. However, he hasn’t been very clear on certain points. It’s not yet known if the offers concern a complete sale of the casino or if it’s just a sale of the building with a lease for the operator to continue managing the complex.

However, with recent lucrative sales of several Strip hotel-casinos in recent years, Jay Snowden’s various announcements are to be taken seriously. So the Tropicana Casino, Las Vegas might soon change hands.

In each of these cases, the Blackstone Group only acquired the casino buildings and it rents them to MGM Resorts International, which continues to manage the leisure complexes.

Sales that have attracted a lot of interest

Other sales have attracted attention in Las Vegas. The owner of Treasure Island, Phil Ruffin, bought  Circus Circus for 825 million dollars. The Rio was sold to the New York promoter Eric Birnbaum for 5146.3 million dollars. In this last sale too, only the building was sold and the Caesars Entertainment Corp group still runs the casino.

For the moment, there hasn’t been any precise information concerning a possible sale of the Tropicana. Although Jay Snowden’s frequent allusions to the many offers that he has received are sufficient to take this possibility seroiusly. It’s even more credible given that sales of prestigious hotel-casinos are currently increasing in Las Vegas.

Places are rare on the Strip. In fact, the last casino to open, the Cosmopolitan,was launched on the 15th of November 2010. At the moment, there are few new casino openings in the area. Those who want to invest in this type of establishment are now forced to look into buying pre-existing casinos.