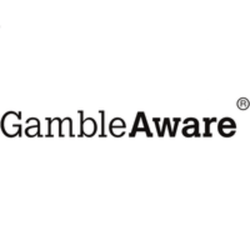 GambleAware has reported that it received over £10m (or $12.3m) in donations between April 2019 and March 2020. This money comes directly from the gambling industry, and it doesn’t include donations from third-parties outside of gambling or regulatory settlements which have come its way.

Who paid, and how much?

Under the current agreement, GambleAware asks gambling operators, who profit from British customers, to make a minimum donation of 0.01% of the company’s annual gross gambling yield. For the period in question, GambleAware received a donation of £1.4m from GVC Holdings, which is the parent company of Ladbrokes and Coral. William Hill chipped in with £1.0m, while the UK’s favourite sports betting operator, bet365, donated £868,000, and Sky Bet, now owned by the Stars Group, gave £705,000.

In addition, GambleAware also asks operators with an annual gross gambling yield below £250,000 to make a minimum donation of £250. The charity’s coffers are further enriched through an agreement it has with the UK Gambling Commission in which it receives a proportion of funds that have come from regulatory settlements.

One such contribution of £600,000 came from the ‘King of Mobile Casinos’, LeoVegas. It was heavily penalised for multiple marketing and advertising failings. This ruling actually dates back to 2018, when the UKGC found this brand guilty of running 41 misleading ad campaigns, and it promoted marketing material to more than 1,800 gamblers who had already self-excluded.

Gamesys Ltd, a Gibraltar-based company, also contributed £690,000 from a UKGC settlement after it was found to be breaching anti-money laundering protocols in 2019. This came off the back of a police investigation that discovered three customers gambling with stolen money.

While remaining independent, GambleAware operates within an agreed framework with the United Kingdom Gambling Commission. Its primary aim is to deliver an effective National Strategy to Reduce Gambling Harms. It’s a non-profit organisation, and it’s funded mainly by voluntary donations for UK-licenced gambling operators.

GambleAware treats gambling as a public health problem, which is why it takes a public health approach to reducing the harms that can come from this activity. The core focus is on three areas of prevention: Universal, Selective, and Tertiary. It also commissions vast amounts of research into gambling and gambling harms. This ranges from advertising to minors, and studies pertaining to vulnerable people.

We fully endorse what GambleAware stands for and is trying to achieve. All the operators we promote on this website are licenced and regulated, and each one performs its responsible gambling obligations. Of course, you – the player – must also step up and shoulder some responsibility. Gambling is exciting and entertaining – and that’s how it should remain.