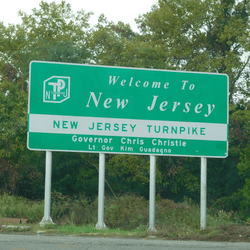 New Jersey’s betting and gaming revenue grew significantly in May 2021 as it surged to $374.2 million. This was a 290% increase year on year. This boom is due to the reopening of New Jersey’s land casinos as well as an expansion of its online gambling operations.

Among other things, this includes a live gaming partnership between Evolution and Golden Nugget in Atlantic City.

These figures were based on the latest filing by the New Jersey Division of Gaming Enforcement.

Breaking Down the Latest Numbers

Taking a closer look at the report, we learned that:

Clearly, New Jersey is back in business and the tourists are flocking back to Atlantic City. It’s a great sign for the industry and is a sign that the economy is reopening and booming as restrictions lift across America.

One number that stood out in this report was the $180.2 million the Garden State took in internet gaming. A large chunk of this consists of slot machines, but a growing portion of it is made up of live gaming revenue.

New Jersey was quick to recognize the potential of live dealer gaming and welcomed market leader Evolution to open a studio long before any other state. This appears to have been a smart move as USA live casino gaming keeps growing year over year as more states legalize online gambling in one form or another.

Players in New Jersey can play live casino games like roulette and blackjack in studios linked to real casinos in Atlantic City. This offers a safe, regulated gaming experience with extra perks such as being able to claim wins in cash at the cage of the associated casino.

American players from outside New Jersey can’t access these live casinos unless they’re in the state. However, there are other live casinos for Americans such as Red Dog Casino. It’s based offshore and accepts players from all across the United States.