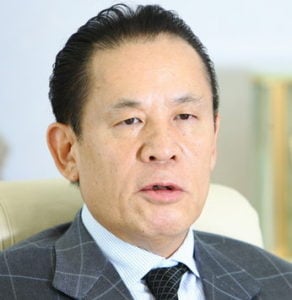 In recent years several court cases and investigations into allegations against him have dogged Kazuo Okada who founded the gaming company Universal Entertainment Corporation in 1973. The Japanese billionaire businessman has involvement in the manufacture and provision of gambling machines and slot machines spread across the world. He has interests in Japan, the United States and in the Philippines and it is in all three of these countries that he and his company have come under scrutiny from the authorities.

A major feud with Kazuo Okada’s one time friend and business partner Steve Wynn founder of Wynn resorts has been at the base of most of the accusations of bribery against the Japanese businessman. He served as Vice Chairman of Wynn Resorts from 2002 until 2013 and was also a director of Wynn Resorts over the same period. In 2002 Kazuo Okada invested 206 million dollars in Steve Wynn’s Wynn Resorts and until he was bought out by the company in 2012 Okada owned 20 per cent of Wynn Resorts. Okada is said to have interested Steve Wynn in investing in the growing Macau casino industry and in 2006 they opened a casino, the Wynn Macau.

Things went smoothly until 2010 when Okada wanted Wynn to open another casino in the Philippines. It is alleged that at a meeting Okada suggested giving officials in the Philippines gifts to help move the casino project forward. This led to investigations by Wynn and accusations of bribery against Kazuo Okada. However Okada counter sued with allegations that Wynn was involved in bribery in Macau.

Okada approved for gaming license in the United States

Universal Entertainment Corporation has been granted a license renewal by the Mississippi Gaming Commission just after the bribery charges against the company were dropped in the Philippines. However the license renewal is conditional on the results of a FBI investigation into the Philippines’ bribery allegations. Okada was at the Mississippi Gaming Commission hearing and reiterated the fact that he is involved in court cases against the newspapers who he alleges were prejudiced in their reporting of the bribery accusations.