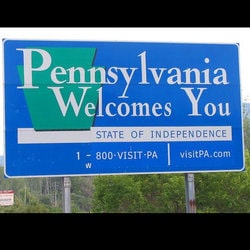 Determined to expand its horizons at most, for several months Evolution Gaming went into the American market. Although this market is very complex due to the different legislations from one state to another, Evolution Gaming seems to succeed.

For over a year Evolution Gaming entered the US market by obtaining a license to offer its services in the State of New Jersey. The first online casino games editor with live dealers approved by local authorities, the company quickly settled on this new market by entering strong partnerships with Atlantic City’s operators and with other major cities of this East Coast State.

With this new licensing from Pennsylvania Gaming Control Commission, Evolution Gaming wants to invest in this State. James Stern, head of the company’s activities development in America announced the forthcoming construction of a studio in the State of Pennsylvania to meet the expectations of the editor’s regional partners.

Its great sense of innovation and the excellent quality of its games succeeded in convincing the major players in this very specific market.

Since the launching of its activities, Evolution Gaming continues surprising online players. Multiplying its designs and going further to offer a maximum of immersion and realism to igamers, it has reached a standing position.

Recently it confirmed its leading position in the live dealers’ games market by launching several live dealers’ games inspired by board games or popular TV shows. These new titles, which include Deal or No Deal, Monopoly Live and Free Bet Blackjack are very successful on the European market. And we would not be surprised to see them on Pennsylvania online casinos in the coming months.