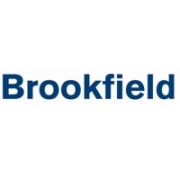 The Revel Casino in Atlantic City seems to roll from one piece of bad luck to the next. The casino has only been in existence for two years and these have been marred by an inablilty to attract large numbers of players. When Revel Casino finally opened to great fanfare in 2012 it was hoped that it would boost Atlantic City’s gambling industry but this never happened and Revel became one of the main casualties of the struggling industry in New Jersey. After coping with bankruptcy and failed auctions it looked as if the casino’s fortunes may at last have been looking up when it was bought just over a month ago for a tiny fraction of its initial cost. However, Revel’s new owners have now backed out of the deal to buy the casino.

Revel Casino opened to great excitement in 2012 and as the first new casino to be built on Atlantic City’s Boardwalk since 2003 hopes were high that it would re-launch the city’s gambling industry that had been facing increasing competition from new casinos in neighbouring states and also from online casinos. New Jersey is one of only three American states where gambling online is legal but even here the fact that an online gambling licence is only granted in partnership with an Atlantic City land based casino hasn’t aided the ailing industry. Revel was almost not completed in 2011 when money for the project ran out. Then the casino opened as the first no smoking casino but it had to abandon this plan. The change didn’t really help attract players to the massive very luxurious casino hotel with a 12,000 square metre casino, 1800 rooms as well as theatres, shops, restaurants and other leisure activities. Twice before it was finally sold, Revel had to seek protective bankruptcy and earlier auctions had to be abandoned due to a lack of bids.

The Revel complex cost 2.4 billion to construct but the bids for the final auction were very low compared to this. The Florida based developer Glenn Straub initially bid 94 million dollars for the Revel Casino if he could buy it without its huge debts. He was outbid by the 110 million dollar bid from Brookfield Asset Management. Straub has claimed that the auction wasn’t transparent and he was preparing to appeal the sale when Brookfield Asset Management decided to pull out of the deal to buy Revel Casino. There is a problem involving debt and the companies that supply Revel’s electricity so in the face of these Brookfield preferred to walk away rather than re-open a renovated Revel casino. It isn’t known yet if Glenn Straub will take over Revel.