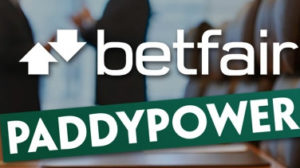 There will soon be a major new player in the gambling world when the merger of gaming giants Paddy Power and Betfair is finalised. The merger was announced in August 2015 and there were several obstacles to be overcome but just recently the Republic of Ireland’s competition regulator, where Paddy Power is headquartered, passed the deal. Betfair, the world’s largest internet betting exchange has its headquarters in London so the approval of the United Kingdom gambling regulator has also been required. The new company is to be known as Paddy Power Betfair.

Paddy Power and Betfair were once rivals but now the two companies will become one to create a worldwide gambling operation. The new business will be worth almost 9 and a half billion euros on the stock markets. Both companies will be listed on the London and Dublin stock exchanges following the recent regulatory authorities’ approval and if everything goes to plan Paddy Power Betfair should begin trading on the 2nd of February 2016. The deal was approved by the shareholders of both Paddy Power and Betfair at meetings held at the end of 2015. Paddy Powers’ shareholders will control 52 percent of the new company with Betfair shareholders owning the remaining 48 per cent. Before the two companies merge, Paddy Power shareholders will receive a special dividend worth 80 million euros.

The Paddy Power Casino was founded in 2004 and holds an Isle of Man licence.  Playtech has developed Paddy Powers’ live casino platform since 2013. Top quality live dealer games are streamed from the Playtech European casino studio in Riga in Lithuania. Players can interact with live dealers and experience gaming just as if they were in a land based casino. Players in the Paddy Power Live Casino can join online tables of Live Baccarat, Live Blackjack, Live roulette and Live Casino Texas Hold’em poker.