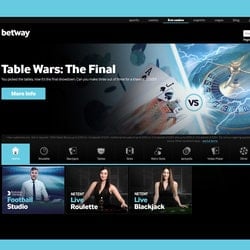 Since the introduction of the new reglementation of games of chance in Sweden, the Spelinspektionen, the Swedish regulator, has done everything to ensure that the rules are strictly adhered to. It hasn’t hesitated in taking the necessary measures to achieve its objectives.

So recently, it heavily fined two operators who disobeyed the rules concerning bonuses on offer to online players.

Five million SEK (about $530 000) and nine million SEK (about $954 000) are the respective fines placed on the operators Betway and Mandalorian Technologies by the Spelinspektionen following an enquiry by the Swedish regulator. Following this, the two operators were found to be guilty of offering bonuses to Swedish online players in violation of the rules in the new regulations in place in the country since the 1st of January 2019.

According to the new rules governing the sector, online casinos operating in Sweden aren’t allowed to offer consumers other casino bonuses apart from the welcome bonus. This rule wasn’t obeyed by Betway and Mandalorian Technologies, who on both of their platforms, offered several of their players further bonuses after their registration to encourage them to play more.

Swedish players to be protected at all costs

By inflicting these heavy fines on operators in the new Swedish market, the Spelinspektionen has clearly shown its willingness to protect Swedish players from any potential negative effects linked to cash games. As a spokesperson for the institution commented in a recent interview, the new code must be strictly adhered to by legal online gaming operators in Sweden.

The rule in question here must definitely be adhered to. Bonuses are looked on as strong encouragement to gamble which could lead to rapidly falling into debt and to becoming addicted to gambling. The Spelinspektionen will continue to concentrate its surveillance on this area to ensure that operators obey the regulations in place. It won’t be afraid to inflict equally heavy fines on any future transgressors.

Since the new law was passed, the Swedish regulator has has increased its interactions with the licenced operators in order to inform them of the need to respect the various rules governing the sector. In February 2019, it sent a letter to each of them concerning the ban on offering bonuses to players already registered on their platforms. On this occasion, the Swedish regulator had already noted certain irregularities and had asked the two operators in question to take the necessary measures to conform completely to the law.

Just a reminder that Betway is present in the Swedish market on the site Betway.se while Mandalorian Technologies Limited operates two platforms: PrankCasino.com and NoAccountCasino.com.