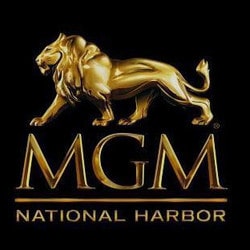 More than a million dollars! That’s the amount that a group managed to win by cheating at a baccarat table in a Maryland casino, with the help of a baccarat dealer. When arrested, he pleaded guilty in court. He could face several years in prison and losing his professional licence.  As our colleagues on the New Jersey Herald have reported, a dealer at a baccarat table helped players to win each time.

Live Dealers Casino brings you details of the strategy used by this shady dealer who is in danger of paying dearly for his dishonesty.

He let his accomplices know what was in the sabot

In baccarat, once the cards have been shuffled and placed in the sabot, they aren’t shuffled again before the end of their distribution. If the exact contents of the sabot with the order of the cards is known, it’s possible to predict exactly which hands will appear and so win each time. It was this point, specific to the game, that Ming Zhang, a dealer from Alexandra in Virginia, chose to exploit. In September 2017, while he was working as a dealer at a baccarat table in one of the region’s 6 casinos, he became involved with fraud that aided a few players to whom he had revealed the contents of the sabot. Thanks to some photos, they were able to put a betting system in place so that they’d win every time. Using this technique, the fraudsters were able to walk away with $1 046 650 that they won from the casino. The dealer working with them received a small percentage of the stolen amount.

At the hearing in the Greenbelt Federal Court, the accused pleaded guilty. The name of the casino that was the victim of the fraud hasn’t been revealed but it is believed to be the MGM National Harbor, the famous american group’s latest casino, opened in 2016. The complex did confirm that Zhang was one of its employees during the time the event took place, that is in September 2017. The casino did co-operate during the investigation as Malik Husser, the MGM National Harbor spokesperson, stated to the press.

However, during the hearing, the assistant prosecutor recalled similar events to which Mr. Zhang had admitted just a few months before those before the current court. Along with a person, who he had met in another Maryland casino hotel in which he was working between July and September 2017, he had already used the same strategy. In that case, his accomplice offered him $1 000 out of his fraudent winnings.

Following the Minister of State’s indictment and the plea entered by the accused, who is to date the only one arrested in the case, the court has reserved its judgement until the 31st of January 2019. The cheating dealer risks up to 5 years in prison. The Maryland Lottery Games Control Agency has announced that it will take away Zhang’s dealer licence.