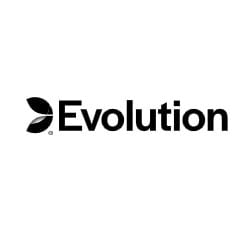 Year on year, the firm’s third-quarter profits grew to €140m, a 48% increase on the same quarter for 2019. 2020 may have been a tough year for many land casinos, but the leading live casino games company is clearly reaping the benefits.

2021 Is Likely to Be Even Bigger for Evolution

If you thought that 2020 might be a lucky year for Evolution, which has seen gaming revenue increase in part due to land casino closures and restrictions, think again. It’s likely that 2021 will be an even bigger year for the company. Why so? Because Evolution plans to close its deal to acquire NetEnt in November of this year, setting it up to take in the revenues related to NetEnt’s live games and its world-class selection of video slots. This includes popular slot games like Starburst, Gonzo’s Quest, and Twin Spin.

Currently, the deal is under scrutiny by the Competition and Markets Authority in the UK. The watchdog wants to find out whether the proposed deal would lessen competition in its thriving iGaming sector. However, Evolution is confident that the investigation will conclude and the deal will proceed in the coming month.

On top of this, the company has recently signed multiple lucrative deals with US-based operators, giving it a larger reach to provide live casino games in the world’s largest economy. This includes a partnership with PointsBet to enter the newly legalized Michigan online gaming market.

Digging Into the Q3 Financial Report

Evolution’s CEO Martin Carlesund acknowledged that the firm had faced some challenges due to the public health crisis, but also noted that the third quarter had been a “period of exceptionally high activity” due to new tables coming online in Pennsylvania and Lithuania.