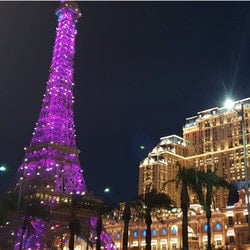 Macau’s cash games sector’s good health is of benefit to the city’s casino operators and also to the local government in particular for the taxes on the different activities. According to the latest figures  published by Macau’s Financial Services Bureau, the city’s coffers seem to be quite full over the first eight months of the year.

The taxable revenue has increased by 17% compared to the same period last year with a total of 8.78 billion dollars.

Between Chinese lotteries, greyhound racing, instant lotteries and casino games, Macau’s cash games industry is clearly one of the most dynamic in the world. This is borne out by the level of taxable income gathered by the local government on these various activities. For example, in the first eight months of 2018, the local administration collected more than 10.53 billion dollars. This is a leap of 15% compared to last year’s results.

Tax on income from casino games is largely responsible for this rise. With 35% on the amount of Gross Gaming Revenue (GGR), these have greatly increased this year. According to figures from the Macau Gaming Inspection and Coordination Bureau, the Gross Gaming Revenue over the period from January to August reached 25,049 billion dollars.

With figures such as these, the Macau government believes it will surpass its initial revenue objectives. Analyists had forecast Gross Gaming Revenue surpassing 28.49 billion dollars over the whole year. Things have clearly taken off well because already after eight months, this objective has been reached by 86%. While remaining prudent as it tends to do, the Macau government based on the current situation, is expecting a good end of year result. The results for September also back this up. In spite of the typhoon that hit the city on the 15th and 16th of September, the Gross Gaming revenue for the month still hit 2.72 billion dollars. This is a 2.8% increase on the figures for the month of Sprtember 2017.

However, this increase is less than that predicted by analyists (+20%). A situation mainly due to typhoon Mangkhut which caused the closure of all the city’s casinos for almost a day and a half. Although there wasn’t too much damage done to Macau’s casinos, the weather conditions linked to this climatic phenomenon had clear repercussions for the Gross Gaming Revenue for the month.

For the last quarter that began a few days ago, things should return to normal and the sector should proceed as usual with the year’s end celebrations as a bonus.