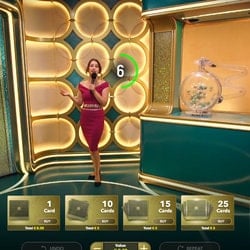 released its interim report today for the first quarter of 2020, and it was very pleasant reading for the company’s shareholders. For the period 1st January to 31st March, Evolution Gaming’s year-on-year operating revenues jumped by 45% EUR 115.1 million.

Key events during the first quarter of the year

Evolution Gaming has continued to expand its reach into new markets and new casinos. This included a partnership with Grand Casino Luzern in the highly regulated Swiss gambling market. Like all other live casino providers, Evolution Gaming has had to adapt its operations due to the COVID-19 outbreak to ensure the full safety of its employees.

Furthermore, the company repurchased 338,000 shares to improve its capital structure, which has created more value to existing shareholders. It also continued rolling out the new games that were announced at ICE London earlier this year. Among those to hit casinos so far this year are Lightning Baccarat and Speed Baccarat. Also, today 23rd April, saw the official launch of Mega Ball. This is Evolution’s first adventure in lottery-style games, and the provider is confident that this will be another massive hit like Monopoly Live after a highly successful beta testing phase.

One of the main priorities for Evolution Gaming is to continue its penetration into American markets. Construction of a purpose-built studio in the state of Pennsylvania is underway. However, COVID-19 has postponed the timetable; thus, there is no set date when this facility will be ready, although Evolution is optimistic that it can be launched before the end of the year.

Additionally, news that Michigan has streamlined its procedure for casino regulation means that this is most likely to be the third regulated US state where Evolution will be in operation. This is on top of Ezugi Live (a subsidiary company) being awarded a Manufacturer’s licence in South Africa.

Expansion is vital for Evolution’s growth, but it still aims to provide the ultimate live casino experience for its operators in the UK and European markets. The company is proud to work with leading casinos, including top brands like Mr Green as well as emerging brands like DublinBet, MrXbet, and Cresus Casino.