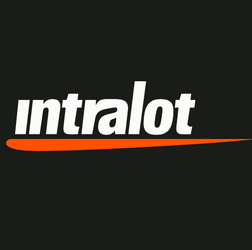 It seems like 2020 has been dominated by news related to Evolution Gaming, with deal after deal being announced in sequence. Today, we can report another partnership between the world’s leading live games company and Greek gambling operator Intralot.

According to the details of the deal, gamblers worldwide will have access to Evolution’s full suite of live dealer games. This includes blackjack, baccarat, and roulette, alongside recent releases like Mega Ball and Crazy Time.

While Intralot is based in Greece, its reach is by no means limited to the European archipelago. Intralot provides gambling services and games in 53 jurisdictions across the world.

Intralot is best-known as a lottery provider, having originally helped launch the Greek National Lottery, but it also offers real money betting and interactive games. It’s listed on the Athens Stock Exchange and hires well over 5,000 people.

It’s been a busy few years for Intralot. After signing deals to exclusively provide lotto games in US states like Illinois and Idaho, and winning an exclusive contract to provide legal sports betting in Washington D.C., this latest partnership with Evolution Gaming shows that Intralot is focused on capturing revenue across all gambling verticals.

While it’s true that Evolution Gaming usually wins at least one award every year, 2020 has been a particularly memorable year in terms of growth, partnerships, and new game releases.

So far this year, we’ve reported that Evolution has:

While the partnership with Intralot isn’t the biggest news of 2020 for Evolution, it is significant. It’s yet more evidence of the relentless, steady growth that this company consistently demonstrates. With this partnership, players in 53 jurisdictions will now have access to all of Evolution’s live games, potentially adding millions to the bottom line.

CEOs from both companies were singing the praises of the partnership at press time. Evolution chief commercial officer Sebastian Johannisson said the firm was “delighted and honoured” to work with Intralot. Intralot’s Nikos Nikolakopoulos said the firm was “looking forward to rolling out this partnership on many online markets worldwide.”