Skip to content
Home/Bitcoin Casino, Paypal/PayPal Embraces Crypto – What Does It Mean for Live Gaming?

PayPal Embraces Crypto – What Does It Mean for Live Gaming? 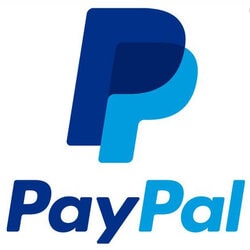 This week, payments processor PayPal made waves when it announced that it will begin supporting four cryptocurrencies; Bitcoin, Bitcoin Cash, Ethereum, and Litecoin.

The firm made the announcement via press release, causing the price of most cryptocurrencies to rally. Many speculated about the potential use cases for cryptos, including playing live casino games online. However, a closer look at the story tells a slightly different story.

PayPal Will Be a Walled Garden For Now

Before you get excited about the idea of depositing at a regulated live casino with Bitcoin, make sure to fully understand the news.

PayPal announced that it will allow users to buy, sell, and hold the four cryptocurrencies mentioned above and will enable them to make payments with them at all of its 26 million merchants. While it is not confirmed yet, this would indicate that players in regulated markets such as the UK and many European countries might be able to use PayPal-approved cryptos at their favourite live casinos.

However, this comes with a catch. First, the merchants (casinos) will never handle the coins. They will be sold off for cash before reaching the merchant. Second, users will not be able to directly deposit or withdraw cryptos to or from their PayPal crypto wallets.

This may seem like an anti-climax after the initial excitement surrounding the news, but it’s a start. It’s likely that as PayPal gets used to crypto and grows comfortable with it, it may allow users to play live games directly with Bitcoins and other coins. It also does mean that you can convert your withdrawals into these cryptos and store them for the longer term in a secure PayPal wallet.

Regulated casinos such as those with UKGC licenses usually do not accept cryptocurrencies directly. There are various reasons for this, one of which is compliance with strict anti-money laundering laws.

However, US and Australian players can play live games with Bitcoin right now. Casinos like Red Dog accept Bitcoin and offer live casino games from Visionary iGaming. These include blackjack, roulette, and baccarat. If you’re from either of these countries, be sure to check out Red Dog Casino. You can also read our full review of it before making a decision.

As for players in regulated markets, we’ll have to wait to see if PayPal facilitates deposits and withdrawals to casino sites by Bitcoin and other cryptos. Either way, it’s a step in the right direction for the wider cryptocurrency industry, and in time, it’s likely that PayPal will allow users to deposit and withdraw directly in BTC, BCH, ETH, and LTC.