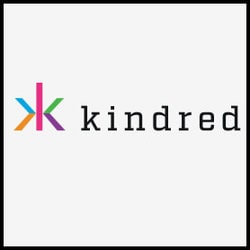 The Kindred Group is the latest stock market-listed company to release its quarterly figures, and it wasn’t as glorious as shareholders would have hoped. Despite the Group announcing a healthy 11% rise in year-on-year revenue for the first quarter of 2020, the company’s sports betting products suffered severely from the impact of the COVID-19 outbreak.

This resulted in a major decline in profits.

Overall, the Group’s revenue increased to £249.7m. Of this £122.5m was generated from sports betting and £112.9m from its casino products. Although its sportsbooks still showed a year-on-year profit, the coronavirus wiped out most of the gains seen in the first two months of the year.

This resulted in operating profit dropping a massive 60% compared to 2019, and the profit after tax fell from £15.1m in the first quarter of 2019, to just £1m in 2020. Aside from COVID-19 attacking Kindred’s profits, the Group was fined £8.4m by the Swedish Gambling Authority for offering players incentives that were non-compliant with regulations. Furthermore, restructuring costs amounted to 1.9m, which also dented the profit margins.

Regardless of the company’s quarterly profit, CEO Henrik Tjarnstrom expressed that overall the performance across all verticals, and in all regions, was positive. He continued by stating that Kindred’s short-term objectives are to face the challenges brought on by the coronavirus, and ensure its employees are safe while delivering a high-quality service to customers.

Kindred in the UK

The Kindred Group may be based in Sweden, but it has several well-known UK-facing brands within its portfolio. These include Unibet, 32red, and Roxy Palace. While Unibet’s sportsbook has suffered in the last month, the casinos have benefited from the spike in gambling activity that has taken place since the UK went into lockdown.

One particularly pleasing vertical has been the increased engagement with the casino’s live dealer games. Kindred is primarily partnered with Evolution Gaming in this sector. It offers a variety of roulette, blackjack, baccarat, and casino poker titles, with standard and VIP tables.

In addition, there are several exciting money wheel games, such as Dream Catcher and Monopoly Live; and just this week, Evolution Gaming released the impressive lottery-styled Mega Ball. Currently, none of Kindred’s UK brands host this title, but if you want to try it out, we recommend checking out Mr Green or Dublin Bet.