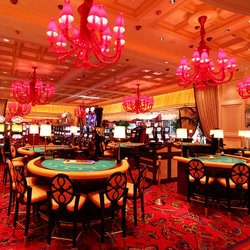 Through its subsidiary Wynn Las Vegas, the Wynn Resorts group has taken a case against Paul Se Hui Oei, a Canadian business man said to have run up debts of $76 000 over several months.

Having decided to reclaim its due, the American casino has gone before the British Colombia Supreme Court to force its debtor to reimburse it.

A business man whose honesty is in question

Paul Se Hui Oei is a Canadian business man living in British Colombia. Director of an immigration company, Canadian Manu, he has been in difficulties with the justice system for the past few months. In particular, he had to answer to charges of fraud against several Chinese citizens, who he convinced to invest in two eco-responsible companies that turned out to be non-existent.

Having succeeded in amassing several million dollars in this way, Oei lived the high life, driving rented luxury cars and mixing in high society. He even mingled with politicians. He was often seen in the company of politicians such as the ex- Prime Minister of British Colombia and he gave his party a donation of $28 000.

But Paul Se Hui Oei ended up in the clutches of the various anti-fraud services. When it was informed of his actions, the B.C Securities Commission (BCSC) fined him 4.2 million dollars for fraud and sentenced him to repay his fraudelent gains to the amount of 2.8 million dollars.

The conditions under which the Wynn Casino Las Vegas gave Paul Se Hui Oei a loan of $76 000 have never been made public. Although there’s no doubt that the Canadian businessman once again used various types of subterfuge to do what he did.

When contacted by email he finally admitted that he couldn’t repay his debt. He claimed that the amount that he borrowed was used to pay his legal fees for the fraud charges that he was facing in his country.

In the end, the Nevada court ruled in favour of the casino, which having not been able to recoup its loss, finally brought the case to the highest court in British colombia, the Supreme Court. This court confirmed the ruling and sentenced Paul Se Hui Oei to fully reimburse the $76 000 with interest so a total of almost 100 000 American dollars.