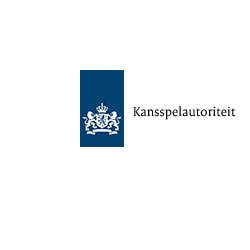 In other words, we should not joke with local laws. Unibet and Bwin know what this means. Bwin, from GVC group, was fined €35,0000 and Unibet, from Kindred Group, €470,000. It is  the  second time in less than a month that  GVC group was fined. In early August 2019, the UK Gambling Commission fined it £1.5 million for breach of its obligations with Ladbrokes Coral brand. That hurts!

The two giants of online games will go to checkout for breaking the Dutch law. Explanations.

Kansspelautoriteit fined €350,000 to ElectraWorks Ltd, a Gibraltar-based subsidiary of  GVC Group. The facts alleged against Bwin are that it offered to Dutch players gambling activities including a wide choice of online sports betting. The Dutch online gaming commission led investigation since August 2018. Players in the Netherlands were not blocked and could access online games offered by Bwin unlike players from the United States, Portugal or Poland.

People working for Kansspelautoriteit pretended to be players and made bets via iDEAL, a payment processor that did not block players in Holland. In January 2019, the same “fake” players reiterated their operations and deposits on Bwin passed without any problem.

Bwin tried to justify itself by explaining that the site was not translated into Dutch and did not advertise its brand. The Dutch Gaming Commission did not accept his argument and fined him €350,000

Kindred group will also go to checkout but this time the fine is worse:  €470,000. The Dutch online gaming authority criticizes Unibet for setting up a live chat service in Dutch. In addition, the Netherlands were not included in the list of banned countries and the iDEAL payment processor accepted players living in Holland. Kindred agreed to pay the bill but intends to appeal this penalty.

In just over a year, the online gaming market will be legal in the Netherlands. Live casino operators, poker and sports betting fight at the gate. The Dutch online gaming market interests operators. Indeed, no less than 200 operators have shown interest in a license with Kansspelautoriteit. In the meantime, Bwin and Unibet will have to keep a low profile until 2021 before they legally offer their online gaming services. Case to follow.