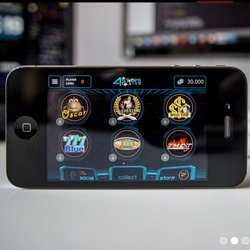 Betsoft, one of the leaders in the online slot machine industry, recently signed a partnership deal with the Croatian casino operator Bombagames. The agreement provides a good opportunity for the casino, which can now offer players this successful developer’s full range of games.

For Betsoft, it’s a new step forward in its vast expansion campaign started a few months ago.

With this agreement, the developer Betsoft will provide 4StarsGames, the casino operated by Bombagames with a MGA licence, its full range of over 190 games. So the platform will be able to offer its players all of the developer’s titles including video slot machines from the ‘’Slots3™’’ range , which are the most popular of all.  Among these are Wolf Moon Rising™, Gemmed™ and Gold Canyon™ and others which have excellent 3D graphics.

Players can have entertaining and lucrative experiences with these titles. Fans of table games and cards who play on the Bombagames platform will benefit from this partnership because besides slot machines, Betsoft also offers roulette, baccarat, blackjack and video poker and much more. So it’s clear that with this new agreement the Croatian operator will be able to offer its players a complete and impressive selection of games.

Dimitris Chatzidakis, the Bombagames marketing manager is happy to offer Betsoft’s innovative range to Croatian players. He also mentioned that the agreement is a marketing tool that will help the company to offer its players the gaming experience that they’re expecting.

The well known developer is pleased with this new partnersip. With its games in the Croatian operator’s casino, Betsoft has the opportunity to have a presence in Croatia ; a new destination that hasn’t been explored much by other developers. Bombagames has an excellent reputation in Croatia  and in all of Europe. So more than ever, this agreement gives the slot machine developer the chance to win the hearts of Croatian and Eastern European players.

For Francesca Raniolo, Betsoft’s sales director, the collaboration is a sensible one between both parties, whose aspirations and ambitions are fusing.

We must mention that before this agreement, over the past few months Betsoft has also formed several other partnerships with others in the online casino industry. In particular there is the recent partnership with the sports betting giant Leonbets along with two others agreed with the operators Wannabet and WeAreCasino. So 2019 is ending well, if not in a relaxing manner, for the developer.