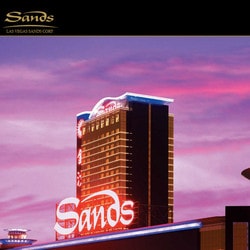 After a few troubled years marked by the uncertainty of rebounding after the financial crisis and  difficulties in the Macau casinos with Peking’s anti-corruption policies, the Las Vegas Sands group is serene once again. Based on the excellent results of the past year, the largest casino group in the world has decided to hugely reward its CEO, whose salary and bonuses reached a total of $26.1 million in 2017.

Whether in Las Vegas, Macau or singapore, the Las Vegas Sands group had a generally positive year in 2017. In the American casino games capital, the Venetian and its Palazzo following on from a good year in 2016  have become more attractive to tourists who annualy visit the city, which remains despite everything the casino games Mecca. However, it’s without doubt in Macau that things went best for the group last year. The come back, started in 2016, grew stronger as the months passed, boosting the income earned by the Sands Macau and the Venetian Macau , the groups main properties in the Chinese enclave. Taking into account the effects of Peking’s anti-corruption policies in place since 2013, Las Vegas Sands earned more than half of its $12.9 billion annual income in Macau. For the multinational, that is growth of 13% compared to 2016. A particularly profitable increase for the business which made a profit of 2.81 billion dollars, or 68% compared to the previous year.

Naturally, the main beneficiary of these excellent results is Sheldon Adelson. The group’s founder and CEO has seen his salary and benefits more than double compared to 2016. The billionaire earned a total of 12.7 million dollars thanks to a renegociated salary of 5 million dollars per annum until 2021. In 2017, Adelson made a total of about 26.1 million dollars made up as follows:

But that’s not all! As the largest stakeholder in the business, the 84 year old billionaire also got about a billion dollars in dividends as his part of the benefit from stocks held by him and some members of his family. Still the main shareholder in the group, Sheldon Adelson is increasing his own personal wealth which is already one of the largest in the world. With personal wealth of almost 38 billion dollars, the casino magnate is in 17th position on the Bloomberg billionaires list just above a certain Steve Ballmer.