Flutter Merger With The Stars Group Set for May 2020 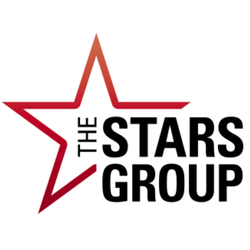 The mega-merger between the London Stock Exchange-listed Flutter Entertainment and Toronto-based The Stars Group has been given the green light after shareholders of both companies agreed to the deal.

Shareholders from The Stars Group took to the ballot box on Friday (24/4) and unanimously approved the deal. This came a few days after Flutter’s shareholders voted in similar fashion in agreement of the £10bn deal. While the term ‘merger’ is being used; however, it’s more accurate to say that Flutter Entertainment – the larger of the two companies – is acquiring The Stars Group.

The stars are aligning

The approval by shareholders came after both the Irish Competition and Consumer Protection Commission and the UK Competition and Markets Authority (CMA) had also reported that they approve, too. All that remains now are a handful of regulatory approvals, which may force a few brands under the groups’ umbrellas to be merged or sold-off, and the customary closing agreements.

The stock market reacted positively to these latest steps. The Stars Group Inc (TSX:TSGI) shares jumped 2.55% up to C$35.39 by the close of trading on Friday, while Flutter Entertainment PLC’s shares were trading at 9,168.00p – an increase of 1.37% – when markets opened in London on Monday morning.

A gambling juggernaut across multiple continents

Once this deal is finalised in May, the merged companies will boast a portfolio which will be the envy of the industry. This is an overview of the brands it will control:

There are a handful of other brands, which provide bingo, horse racing and daily fantasy sports, that are also a part of these companies. This deal is set to be a game-changer, and many industry experts believe it will pave the way for other gambling behemoths to merge in the future.