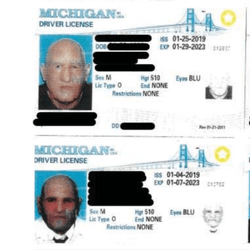 A Michigan casino thief has been apprehended after ripping off casino players for more than a year. He used a combination of disguises and identity theft to steal more than $100,000 from players. John Christopher Colletti, who is 55 years old, began the scam in mid-2019.

We’ll give you the details on how he pulled it off here.

How Did the Scammer Get the Money?

Colletti is believed to have purchased stolen identities and created fake drivers licences with the information he obtained. He then targeted VIP players in MGM Grand Detroit. Since the casino offered cash advances at kiosks as a VIP Perk, Colletti devised a way to get his hands on the cash even though the casino security team was watching.

How did he do it? As well as using fake IDs, he wore disguises, including prosthetic masks, to look like the VIPs. He also used hats, scarfs, glasses, and other items to cover his face and prevent casino security from realizing he was a fraudster.

How Did He Get Caught?

Eventually, the MGM Grand’s security team grew suspicious and began observing him. They noticed that he would continuously look at a piece of paper before making withdrawals. They figured out that the scraps contained information like the last four digits of the player’s Social Security Number, which were needed to unlock the cash advances.

Eventually, authorities tracked him down at the Prairie Band Casino & Resort in Kansas. They then uncovered a storage unit in which he kept masks, drivers licenses, and potentially crucial evidence, including MGM receipts.

It’s unknown whether the incident is related to the MGM Grand hack that took place in 2019, revealing the information of more than 10 million players. Whether or not Colletti was involved in the hack is unknown, but it’s probably a safe bet that the hackers or associates sold him the information he needed to perpetrate the scam.

How to Avoid Getting Scammed

It’s scary to think that your details could be stolen and used by a casino scammer. That’s why it’s crucial to only play at safe, regulated online casinos run by professional operators. We recommend playing live dealer games at 32Red. It’s UKGC regulated and has a long track record of safely and securely serving players.