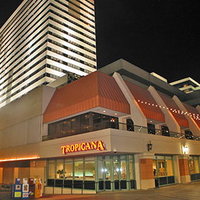 All over the world from Las Vegas to Atlantic City to Macau the past year has not been among the best for the casino industry. Land based casinos in most jurisdictions have seen gaming income drop and in the worst case scenario casinos have been forced to close down leading to the loss of thousands of gaming jobs. There have been some slight glimmers of hope with increases in casino revenue recently in both Las Vegas and Atlantic City. January of this year was the first month in five to show an increase in income for the casinos on the Las Vegas Strip. Revenue rose by 7.75 per cent when compared to January 2014. In Atlantic City which has had an extremely difficult past year there was a slight rise in casino income for March of this year.

Finally some glimmer of hope for Atlantic City casinos

Atlantic City lost four out of its twelve casinos over the past year. The eight remaining casinos still in operation showed a 22 million dollar increase in total revenue in March compared to casino income for February. The 190.7 million dollars posted by the eight land based casinos is an increase of just under 1.5 per cent compared to March of last year. The past year has seen four casinos go out of business starting with the Atlantic Club then the Showboat closed in August 2014. The Trump Plaza closed while its sister casino, the Trump Taj Mahal got a reprieve. Then there is the ongoing saga of the Revel casino resort that cost 2.4 billion dollars to build and which was finally sold for 85 million dollars recently after a long drawn out court case but its future as a casino isn’t certain.

Atlantic City looking to the future

Like casinos in Asia, Atlantic City is looking to offer other and family based entertainment to attract clients to its casinos and to the city. There have been discussions on revamping the city’s famous Boardwalk and on providing other types of leisure activities. The casinos are also looking to the future and renovating. The Tropicana casino resort is carrying out renovations to its hotel and casino costing 50 million dollars. The resort’s rooms and its casino are getting a complete make- over and the casino will have new games on offer. There will be a state of the art fitness centre. The Tropicana also caters for other non-casino activities and includes a theatre and an exhibition centre.

It remains to be seen whether Revel will reopen as a casino and also if Ballys manages to remain open as it was the subject of rumours of closure. However even a slight increase in revenue in March may show that Atlantic City is on the way back after a horrible year.
By admin|2015-04-30T12:41:16+00:00April 30th, 2015|Atlantic City casino, Casinos USA|0 Comments