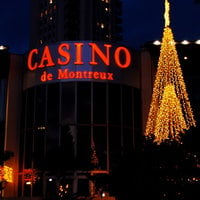 Since 2009 the Swiss can’t smoke anymore in public places or in the workplace. The Swiss land based casinos had to obey this law and for this reason they created smoking rooms for players addicted to smoking. This caused a considerable loss of business to the tune of 20% for the Montreux casino. To re-launch its casino the Barriere Group appealed to the Grand Council to be more flexible with the law on passive smoking. It hopes that its request to install almost 150 slot machines in the smoking areas will be accepted, which will allow it to increase its business and to attract new clients.

Adjustment to the law

On the 8th of January last, the deputies met to debate this topic and as was expected neither side wished to give in. On the one hand, supporters of individual rights and of business who consider this law to be very harmful and on the other, those who wish to protect public health and who believe that accepting such a reform, wouldn’t be fair to cafés which are forbidden to install gaming machines in smoking areas. Even though the debate was long and the results were, as predicted, very close, the Grand Council finally accepted that an adjustment to the law on passive smoking be put in place for the Montreux Casino. This decision caused quite a stir in the media. In fact, some recalled that over 70% of people of Vaud accepted the smoking ban and the putting in place of smoking rooms in contrast to other cantons. The fact of accepting such a modification to the law is also considered dangerous by some who see it as a means to increase compulsive gambling. Moreover, they believe that it will encourage addiction to gambling and to smoking.The Montreux casino is very happy with the acceptance of this decision which will allow it to place slot machines in smoking rooms. By doing so it believes that its amount of visitors will increase as will its income.
By admin|2015-05-27T19:27:03+00:00December 22nd, 2013|Slot machine, Swiss casinos|0 Comments