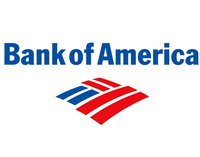 A 55 year old man living in the city of Detroit in the United States is facing 15 months in jail for having withdrawn 1.5 million dollars from a bank cash machine. This took place between December 2008 and May 2009.One day in December 2008, Ronald Page went to a cash machine to withdraw money. To his great surprise he noticed that the machine was defective because he was able to withdraw as much money as he wanted even though his account didn’t have much in it. He took advantage of this and tried another cash machine to check if the problem came from the machine itself or if all his bank’s machines were affected. He had a stroke of luck, they all had no limits on withdrawals. On this one day, Ronald Page withdrew almost 365 000 dollars which led to him continuing to do so for almost five months.

He spent all the money in casinos

But his luck only lasted for a while. After a detailed investigation, the Bank of America found the culprit. The hope of recovering the stolen money quickly evaporated after the person in question admitted spending the whole amount in local casinos. The prosecutor claims that the accused was well aware of what he was doing and that he deliberately took advantage of a banking error. This error was caused by the fact that the Bank of America had bought the LA Salle Bank on the day of the first withdrawal and this would have contributed to a problem transferring bank details. The bank only sorted the problem out several months later, which gave Roland Page time to carry on with his crimes.

In this case, the accused is charged with stealing bank funds but the Bank of America is also accused of being partly responsible and this will lead to the accused facing a lighter sentence of 15 months in prison. The prosecutor’s office demands that the whole amount should be paid back to the bank and that the gambler should receive treatment for his gambling addiction so that he doesn’t become caught up in the hell of gambling again.