Board games and TV programmes popular with online players 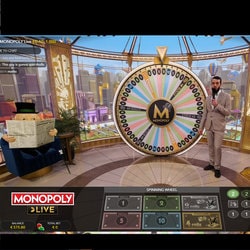 The range of games on offer in online casinos has diversified over time. In the 2000’s, slot machines led the market way ahead of table and card games. It must be said that one-armed bandits are players’ favourite games and that baccarat, blackjack and roulette tables were only RNG games.

Since then, things have greatly changed. Now, live dealer tables are most popular. All online casinos want their tables filmed live from casinos or studios. Online players wish to have the same gaming environment as in a real casino. Thanks to new technology, casinos appear in players’ living rooms so that they don’t need to go out to their local casino.

Technology even goes further with TV games. Dealers act as hosts and developers have taken on board the idea of appealing to the man in the street.

The time when players only wanted table games is gone, now they want to play live board games. Developers are racking their brains to fulfill the expectations of ever more demanding players.

Online 3D Monopoly from a studio

For a few months now, there has been a rash of new games from studios, which aren’t just aimed at occasional players. These games are attractive to everyone like online Monopoly played in a 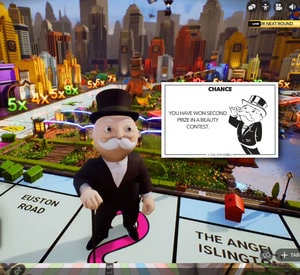 studio in the presence of a real live host. In fact, there is such a  diverse choice of live games that everyone can find one to suit his taste.

For example, Evolution gaming’s online Monopoly game is a sort of Wheel of Fortune, filmed live from a studio. Once the wheel stops on “chance”, “2 Rolls “ or “4 Rolls”, Mr. Monopoly appears in action in breathtaking 3D animations. A change of scene and one goes from the live game to a RNG  game with as its background the real Monopoly, that was folded in 4 to fit in its box.

This board game known all over the world (sold in 114 countries and published in 47 languages!!) can be found in Evolution Gaming’s partner online casinos. The game links 3D effects with live gaming because everything takes place in front of your eyes in real time.

This game is great for those players who don’t necessarily like playing roulette or card games. Now, there is something for everyone and not just for clients who like to go to real casinos .

Deal or No Deal

Another TV game, which is listed as one of Evolution Gaming’s best games is Deal or No Deal. This game also doesn’t require any particular skills in contrast to Baccarat ot Blackjack.

These games popular with players are suitable for everyone from housewives to executives to workers, all groups in society can play these games. Also from Evolution Gaming, the game Deal or No Deal is an innovation from this leader in live gaming.
Diversification in games helps developers attract new players. According to our information, televised games on PC, tablets or mobiles are popular with players.

Developers continue to surprise us and we are impatiently waiting for new games to be added to Lightning Dice , Dream Catcher and Lightning Roulette.