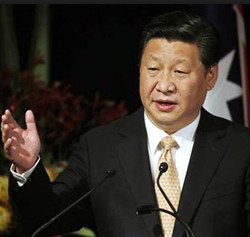 China’s Macau was once a great mecca for gaming, but  in 2014 President Xi Jinping took steps to reduce corruption and extravagance.  For world travelers the Portuguese colony had begun to rival Las Vegas as a favorite gambling destination, but it took serious hits from these crackdowns.  2016 saw a steady return of High Rollers to the colony, leading to high expectations for 2017.

No one would say that the steps taken weren’t necessary, after all corruption and extravagance can create an environment that doesn’t give the best experience for tourists and residents.  Given that gambling tourism is one of the colonies biggest draws, you can imagine that President Jinping took correcting things that were perceived to be having a negative impact on these experiences.  Unfortunately these steps saw predictable, but short-term, repercussions for the local economy.  As hundreds of senior officials and junior cadres (known as tigers and flies respectively) ended up behind bars, high rollers took their gaming elsewhere.  What this meant for the colony was a massive reduction in one of the most important aspects of their income.  High rollers had been contributing an astounding 2 pataca out of every one spent in Macau’s casinos, and their departure in the wake of the crackdowns meant serious hits.

Thankfully after the arrest of so many involved with the corruption, things have started to quiet down in Macau, leaving High Roller’s more comfortable with returning to their favorite Polynesian get-away.  This has been evidenced by a marked increase in revenue from High Rollers in 2016, as much as 13%.  To put that into perspective that equals $4.16 billion dollars American, or 33.3 billion patacas (the local currency).  2017 is looking to be an exciting year as a result, though it has required some adjustments in the habits of High Rollers and casino owners alike. This is hopefully just the beginning of the recovery, and prospects seem to be swinging that way.  The initial hit took by Macau was a reduction of 50% of the income from these VIP players.  Take a look above and realize that meant $2.08 billion dollars had left the economy, an amount in excess of the entire GDP of some smaller countries throughout the world.

So what are the broad effects of this change?  Given the importance that High Rollers played in the overall economy of the colony, they’re pretty far-reaching.  One example?  In the wake of the gambling industriy’s resurgence in Macau, property values are starting to rise all over the area.  The coming years are only going to see an increasing improvement, and spirits are high among casino owners as the High Rollers are finally coming back home to the Polynesian Las Vegas, Macau.