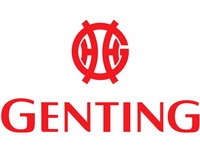 One of the signs that things are improving for the Nevada land based casino industry is the news that after a careful two year planning stage, Genting has announced that it will begin work on developing its latest casino on the Las Vegas Strip in May. Genting, the Malaysian based casino and entertainment group has a worldwide presence with Resorts World casino complexes in several countries: Malaysia, The Philippines, Singapore, The Bahamas and the United States. Genting also operates an online casino with a gaming licence from Alderney.

Resorts World Las Vegas to be built in stages

The new Resorts World Las Vegas is to be built at the north end of the Las Vegas Strip and will be constructed on the site of the Echelon Casino that was never completed. Genting bought the site from Boyd Gaming two years ago and is reported to have spent 350 million dollars on the purchase. The new owners plan to incorporate some parts of the unfinished Echelon Casino into the new casino resort. The completed casino complex will be so huge that it is to be constructed in different stages although no time limit has been put on this yet. The start date for work on the site is May 5th. The first phase is to have 3000 hotel rooms and the casino is to offer players up to 3500 gaming opportunities between table games and slot machines. The resort is to have an Asian theme and later stages will include further hotels, retail outlets designed to look like a Chinese village, a large theatre, several restaurants, swimming pools and possibly a theme park.

Resorts World Las Vegas will be the first new casino to be built on the Las Vegas Strip in the past five years. Genting is thought to be spending 4 billion on the development of the casino complex but the final cost for all of the phases could be nearer 7 billion dollars. Prior to this the most expensive casino to be built on the Strip was the Cosmopolitan which cost 4.16 billion dollars and opened in 2010. However the Cosmopolitan didn’t succeed in attracting clients and it was sold last year for just under 2 billion dollars.

Genting has been found “suitable” to operate a casino on the Las Vegas Strip by the Nevada Gaming Control Board. The company’s other casino resort in the United States Resorts World New York opened at the Aqueduct Racetrack in Queens, New York in 2011 and was the first legal casino in New York City. It has been considered the most profitable casino of its type in the United States. It is believed that the much more complex Resorts World Casino Las Vegas is due to open its first phase by the end of 2017.
By admin|2015-03-30T09:09:33+00:00March 30th, 2015|Las Vegas Casino, Resorts World Las Vegas|0 Comments