A Majority of UK Adults Support a Ban on Gambling Adverts 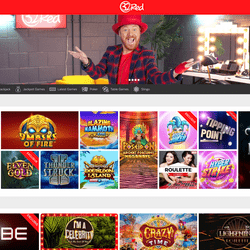 Over the years, we have covered plenty of stories related to the UK gambling market. From UKGC actions against unruly operators to responsible operators taking proactive steps to stop advertising during the pandemic, we’ve seen lots of moves and speculations about what would happen next in the world’s best-regulated gambling market.

Advertisements for live casino games, sports betting, and other forms of gambling have already been dramatically cut back during football matches, but a recent poll shows that 66% of the UK adult population supports a total ban on gambling advertising.

More Information on the Poll & Results

The data on a gambling advertising ban comes from YouGov, a respected pollster in the United Kingdom covering everything from politics to social issues. It found that:

Clearly, the UK population is in favour of at least dramatically reducing gambling advertising or even outright banning it. 12,247 adults and 2,513 children responded to the poll.

UK charity the Royal Society for Public Health (RSPH) has called on the UK government to take further action as part of its overall review of the UK Gambling Act.

Will Gambling Companies Be Banned From Advertising in the UK?

It seems inevitable that gambling products will go the way of alcohol and cigarettes in the UK; they’ll eventually be prohibited from advertising.

However, there is still much debate on this issue. After all, there are plenty of responsible casino operators like Mr Green that offer safe, regulated live dealer games from Evolution and others. These casinos have strict self-exclusion and other programs to help problem gamblers and to prevent underage gambling.

While it is clear that the majority of poll respondents support further restrictions and even outright bans on gambling advertising, critics feel that the UKGC is already one of the strictest regulators in the world. It has already banned gambling with credit cards and accessing free games before age verification has taken place.

Is the UK going too far in its restrictive measures? Will it hurt fair and legitimate operators in what is already one of the safest gambling industries in the world?

We will have to wait and see what the UK government eventually does, but it does seem that at the very least, further restrictions on advertising are inevitable.