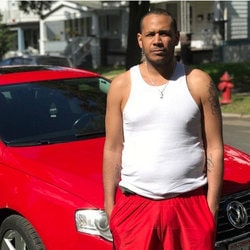 Winning in a casino at slot machines or table games can cause problems, this is what happened to Christopher Czamecki, who occasionally plays in casinos and went to the Potawatomi Hotel and Casino in the State of Wisconsin.

On the 3rd of June 2019, he went to this casino and won 12,000 dollars. Two days later he left with 13,000 dollars. In the space of 2 days, this lucky player won no less than $25,000 at slot machines. A good amount that enabled him to fulfill some of his dreams. The win caused envy and poor Christopher Czamecki ‘s problems commenced.

A safe to guard the money

Christopher Czamecki quickly bought a safe to store the $25,000 that he took in cash. A bad idea especially when such wins are noticed and in particular by opportunistic criminals looking out for these. Czamecki had spoken about both wins to some close friends.

On Saturday 8th of June, Christopher Czamecki, his girlfriend, his lodger Hunter Marks and his 77 year old mother were at home. Someone knocked at the door. Hunter Marks went to answer it and found himself facing a person wearing a balaclava, with a pistol trained on him. While he tried to push back his attacker, two others rushed into the house and attacked the four occupants who were quickly tied up. Czamecki had no choice but to give them the code so they could steal his money.

The thieves headed off with the booty. The winner just had time to buy himself a car wth his winnings and the rest was stolen.

The next win will go directly to the bank

The Potawatomi Hotel and Casino has everything in place to keep its clients safe. So, security cameras, security agents  inside and outside the casino as well as police officers, who do several patrols ensure that clients are secure. Having $25,000  in cash in one’s possession is a dream but can cause numerous problems. Christopher Czamecki has declared that if he wins again, he’ll ask for a cheque that would go directly to the bank so that this wouldn’t happen again and that he’d gain interest in the bank.

The police are still hunting for the robbers who made of with a nice little sum. Who could have robbed this happy winner? A person wandering in the casino and who saw the slot machines spewing out the winnings? Someone close to Czamecki? We’ll only know after the investigation. To be continued….