Golden Nugget Has a Phenomenal H1 2021 – Here Are the Numbers 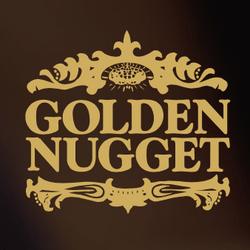 The world is reopening as the public health crisis of 2020 begins to fade, and all across the globe, economies are recovering faster than anyone expected. This is reflected in the recent numbers reported by Golden Nugget. Its H1, 2021 revenue almost doubled as it reached $1.58 billion.

That’s one of the reasons why H1 revenue jumped so drastically this year. Let’s take a closer look at the numbers.

We always like to dig into the data to see what we can find in the numbers. Here’s what Golden Nugget reported.

Again, this shows more and more evidence that casino players are back with a bang all across the world. That goes for online gaming, too. Live casinos across the world, including Golden Nugget’s own studio, continue to see record interest in live dealer games. It looks like players got a taste for them during the lockdowns and are going to continue to play them.

Not long ago, we reported that Golden Nugget had forged a strategic partnership with Evolution, the leading live dealer games company online. The partnership led to Evolution’s first US-based studio in Atlantic City. It serves as a base to offer USA live casino players access to high-quality games in New Jersey and beyond.

Since then, Evolution has expanded aggressively into several other U.S. legal states. It still maintains its partnership with Golden Nugget as its flagship studio in the first state to legalize online casino games.

Can players outside legal states access games streamed from Evolution’s Golden Nugget studio? No, but Americans can play live casino roulette, blackjack, and baccarat at Red Dog Casino. It’s a high-quality live casino site that accepts American players from most states. The games are powered by Visionary iGaming from a studio based in the Caribbean.

Check out our Red Dog review, or visit the site directly for yourself to see what’s in store.