Singer Drake loses $200,000 in the Hard Rock Hotel and Casino 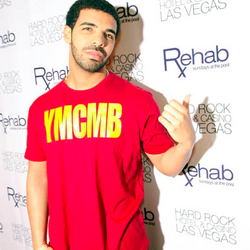 According to Forbes, the singer Drake has a 47 million dollar fortune and is in 57th place on the “Celebrity 100” list. At just 31 years old, the Canadian rapper and producer is entitled to have some fun at the gaming tables in Atlantic City. This is what happened in the Hard Rock Hotel & Casino where the singer played at a high roller table and lost $200 000 in a few hours. This same amount would allow others repay a loan, travel around the world or fulfill many other dreams. For those who don’t have financial worries, it’s just for enjoyment.

Live Dealers Casino brings you more on this “celebrity” moment concerning the “In My Feelings” singer and it’s not  just an isolated incident, far from it!

Gaming tables before going on stage

Drake had appeared in the Daer Nightclub to sing just 5 of his hits but beforehand he had gambled  in the Hard Rock Hotel & Casino. It’s not known whether the Canadian singer played roulette, baccarat or blackjack. The only thing that we do know is that according to Page Six, he lost 200 000 dollars in a few hours. Drake is one of the players who only go to high roller tables. When just one chip can be worth thousands of dollars, losses can also be high. Drake played in a VIP area, eating “mini-burgers, chicken nuggets and chips” and drank a cocktail named after him.

The rapper went to the Daer Nightclub to sing 5 songs ( one hour late- Editor’s note) and earned quite a sum. The rapper’s appearances bring in between $250 000 and $300 000. So it looks as if the millionaire broke even.

Singers, actors, sports stars, presenters and many more classed as celebrities keep the press going. Some of the amounts spent at gaming tables by these millionaires are astounding. The singer Gladys Knight plays blackjack and baccarat, in one evening she lost $40 000. There are rumours that she has lost several million at tables in American casinos. Charles Barkley, one of the best known players in the history of the NBA, is also a perfect client for casinos. This VIP player has lost more than 10 million dollars at gaming tables. In 2007, Pamela Anderson, the Olympique de Marseille football player Adil Rami’s partner, also lost $250 000 playing poker.

The list of celebrities is long and one could also add Leonard Tose, Michael Jordan, Jennifer Tilly, Ben Affleck, Charlie Sheen and Floyd Mayweather. Unlike players such as you and me, these millionaires have enough money put aside so that these losses don’t impact their lives.