Caesars Entertainment Has Confirmed It Is Buying William Hill 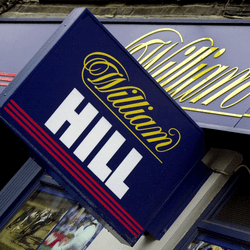 2020 has been a rollercoaster year for Willaim Hill. In March, with the panic surrounding the initial breakout of COVID-19, the stock price of William Hill Plc took a nosedive from £192.40 to a low of £36.70. Since then, it has not only recovered, but has rocketed past it’s all-time-high to a share price of £312.20 as of September 25th.

What has caused the share price to explode? One of the biggest deals in British gambling in a very long time; the acquisition of William Hill by Caesars Entertainment for £2.9 billion ($3.7 billion).

The rumours about an acquisition of William Hill began just a week or so ago, and the deal was confirmed on Wednesday by a spokesperson for Caesars Entertainment.

Caesars confirmed that it is most interested in William Hill’s US assets. The firm has a good footing in the legal sports betting sector in the US and its expertise in this business is unrivaled. It did not provide further details of what would happen to William Hill’s UK assets, although rumours are rife that Betfred will take over its 1,400 betting shops.

Betfred is a large betting brand in England, but it’s relatively unheard of in some parts of the UK such as Northern Ireland and Scotland, where William Hill has shops on every city street. Yet, if the acquisition by Caesars Entertainment goes ahead, the brothers will make a bid for William Hill’s betting shops, potentially making the Betfred brand visible on streets all over the UK virtually overnight.

The brothers are set to make £176 million from their 6% stake in William Hill, which would put them in a strong position to bid on assets Caesars appears not to have any interest in.

It’s unclear what will happen to William Hill’s online operations in the UK or its subsidiary brands like Mr Green. As this is one of our top-rated live casinos, we are hoping that it is acquired by another equally competent and professional gambling operator.

As the details of the deal trickle out, why not give Mr Green a try? It offers the best range of live casino games for UK players.