Monopoly Live nominated the best game of the year 2019 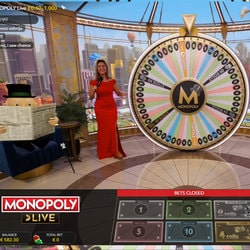 After being granted several awards in the past, Evolution Gaming, the software developer expert in the design of live games, recently stood out again. Monopoly Live was nominated the best game of the year 2019.

This distinction awarded in the EGR Operator Awards proves, once again, all the know-how of Riga’s publisher, which continues to amaze players through its common innovations.

Evolution Gaming in front of 13 other softwares

In total 14 softwares, including Evolution Gaming, were shortlisted to win this prestigious award, which annually rewards the publisher having created the game that has impressed the most the public over the last twelve months.

And among the many live games that allowed players to be entertained and to make money, Monopoly Live is the one which impressed the players the most, according to the organizers. They made this known during the traditional EGR Operator Awards 2019 ceremony held this year at the Grosvenor House Hotel in London.

This is an honorary award that increases the number of prizes already granted to the designer; the latter having already been granted many times for its games and new technologies.
It should also be noted that this is the second time in a row that the publisher is rewarded the best game of the year.

In the EGR Operator Awards 2018, Evolution Gaming was granted the “Game of the Year” award with its Roulette lightning.

If Evolution Gaming could win against 13 major developers   it’s probably because it invested in the design of this casino game similar to a TV show. Launched 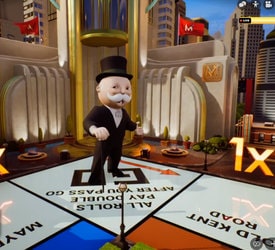 on April 11, 2019, Monopoly Live is inspired on the popular Wheel of Fortune “Dream Catcher” game. It offers a most captivating setting and a very dynamic game play.

The game includes Mr. Monopoly, the famous character of the very famous board game published by Hasbro, a partner of Evolution Gaming as part of the design of this newly distinguished game. During the games, the Monopoly character, which is made in 3D, can appear to grant players multipliers to boost their winnings.

But what makes the game really unique is the 3D phase that triggers when the wheel stops on certain sections. Mr. Monopoly enters a virtual world in augmented reality in which the universe of Monopoly is recreated.
A kind of board game goes off. And during the game the character will collect a maximum of gains which will then be redistributed between the players.

The award granted to Evolution Gaming is a new proof of Evolution Gaming’s know-how. It is also a new motivation for the company’s design team to do better and propose in the future something even more innovative to players.
Todd Haushalter, Product Manager at Evolution Gaming, said the new award honors the entire team. He also said that he and his team were more than ever motivated to win this award again in 2020. Will Evolution Gaming win the prize three times?