Dealers in Macau’s Casinos concerned for their health 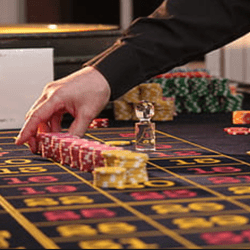 In an effort to reassure those involved, a trade union representative has asked the government and casino operators to prove that the waves emitted by smart tables introduced into gaming tables pose no threat to dealers in Macau’s casinos. For several months, the dealers had made known their concerns about the use of these tables, whose  emissions they are convinced are the cause of some of their health problems.

Allegations that remain to be proven according to the local regulator and international organisations.

The tables at the origin of this current disagreement are equipped with a radio- identification system. This uses radio markers that enable the collection of various types of information at a distance. At that time, the system was incorporated directly into chips to detect counterfits and to speed up the games. It also provided dealers with information to help them with their decision making.

The radio- identification system was recently introduced into Macau’s casinos. It has been incorporated directly into the tables making them “smart”.  However, unexpectedly, the dealers in Macau’s casinos, who should benefit most are complaining about the waves emitted by the system.

A first petition was signed in February 2019 by the dealers in MGM China. They said that the technology exposed them to respiratory problems. Now, the unease caused by these smart gaming tables has grown and is affecting all the casinos in the city. Cloee Chao, the leader of the recent march for an increase in salaries, has called for their removal from Macau’s casinos.

Faced with this situation, Ella Lei, lawyer and trade union representative suggested that the government or the casino operators make public tangible proof that this technology doesn’t pose any risk to dealers. However this proof must exist. In the meantime, Lei has stated that the complaints that she has received deal with the heat emanating from under the table. They don’t concern the technology itself.

The reaction of the authorities

In response to the dealers’ worries and the lawyer’s proposal, the Macau Gaming Inspection and Coordination Bureau has sought to reassure. For the local regulator, the technology doesn’t pose any proven danger to the dealers. However, the regulator has agreed to carry out regular periodic checks in order to gradually remove any doubt. The World Health Organisation has recognised that the electromagnetic fields emitted by the tables could indeed affect a person’s health.

However, the organisation that deals with health issues on an international level claims that there isn’t anything to worry about once the norms in place are respected.