Skip to content
Home/Bitcoin Casino, CasinoBit/Casinobit.io Has Now Announced It Will Accept These Altcoins

Casinobit.io Has Now Announced It Will Accept These Altcoins 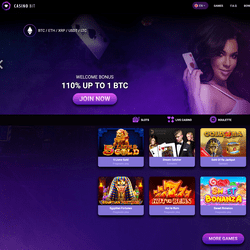 It’s official! Casinobit.io has announced that as of now it will accept several other cryptocurrencies other than Bitcoin.

Previously, this live casino site only accepted the world’s number one cryptocurrency. It has now decided to allow players to use four other popular cryptocurrencies in its world-class online casino.

What Cryptocurrencies Will Casinobit.io Accept?

This news does not mean that Casinobit will accept every cryptocurrency. For now, it has limited itself to accepting four popular cryptocurrencies with large market caps. This ensures instant liquidity for players who want to cash out quickly.

Casinobit.io will accept the following coins in addition to Bitcoin.

The addition of these cryptos to CasinoBit’s banking methods will open up a world of possibilities for players. There are advantages to using each of these coins.

The addition of these cryptocurrencies means you can play some of the top live casino games with your favourite cryptos. Several providers, including Evolution, Ezugi, Vivo Gaming, and a few other fast-rising live game providers offer games at Casinobit.io.

Playing live dealer roulette, blackjack, baccarat, and live game shows will now be easier than ever. Crypto enthusiasts know that Bitcoin can be slow and the fees can skyrocket when there’s lots of demand on the blockchain. The introduction of these other cryptocurrencies will give savvy players other options.

Keep in mind that the Casinobit.io banking policies are already extremely player-friendly. All payouts will be processed within two hours at this casino, and when you combine this with the speed of some of the altcoins you can now play with, almost instant deposits and withdrawals become possible.

Why not check out Casinobit.io now? The minimum deposit is just 1 mBTC, and if you’re depositing using another cryptocurrency, it’ll cost you the equivalent. This casino does not charge extra deposit or withdrawal fees, so you can play with the full amount you deposit and keep 100% of what you win.